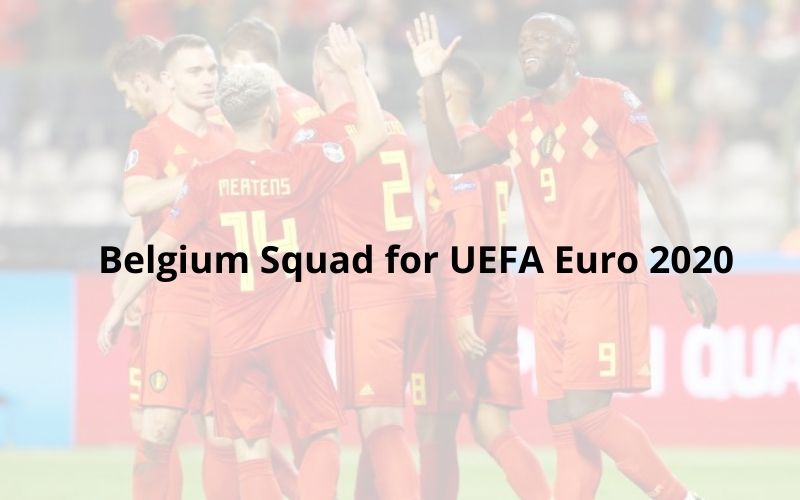 Roberto Martinez will announce final Belgium Squad by May, 2021. As it is compulsory on all teams to announce their playing XI 10 days before the event. Belgium qualified for UEFA Euro 2020 with 5 victories. Belgium topped the scoreboard in Euro qualifying rounds with 30 points. Team was in Group I and played with Russia, Cyprus, Scotland, San Marino & Kazakhstan. Well Belgium had a quite easy group.

In UEFA Euro Group stage, Belgium is in Group B and will face Russia, Denmark & Finland. Team Belgium had already beaten Russia in Qualifier but this it would not going to be easy.

Though, Belgium playing XI for UEFA EURO has not decided yet. Below is complete listing of Belgium Squad. Eden hazard who is playing at Real Madrid reported a muscle injury this week. Coach Roberto extended his support. Still It can take upto six weeks to injury to settle. Hazard scored 3 goals in 13 matches. His performance is better than previous season.

There is no other injury or suspension reported so far. Stay with us for latest news & squad. We will update the Final Belgium XI for UEFA EURO 2020.

Belgium Players are in good form. Team is already is in Finale of Nations Cup & will face France in Oct, 2021. There are bright chances Belgium will qualify for Semi-Final of UEFA Euro 2020.