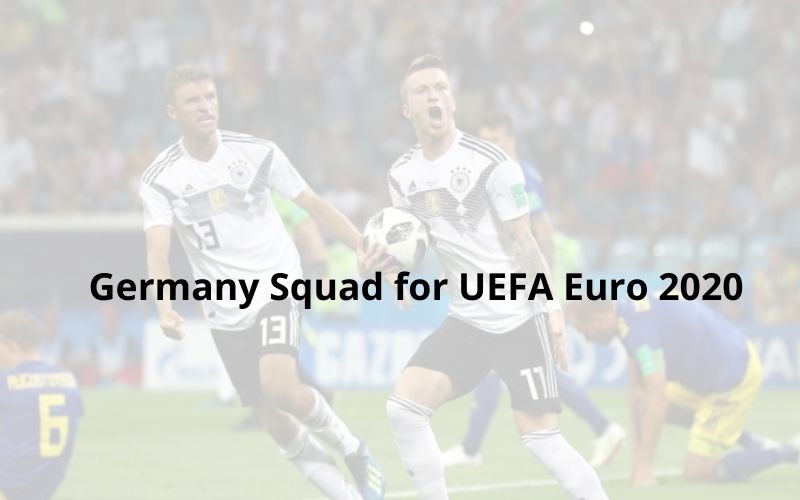 Joachim Low will announce Final Germany Squad for Euro Group Stages by May, 2021. UEFA Euro postponed in 2020 due to pandemic but official name of Event remains UEFA Euro 2020. Germany team topped the scoreboard in Qualifying round with 23 points. Germany was in Group C in qualifying round. Team won 7 out of 8 matches & lost 1 match.

Germany will face France in Group stage first match. It is in Group F & Will face Hungary, Portugal & France. Serge Gnabry is top scorer in UEFA Euro for Germany Squad with 8 goals. He suffered from thigh injury during Club world cup finale. It is not yet known how long would be the recovery period. Muller is also recovering from COVID.

No other Injury or Suspension in Germany Team has been reported yet.

Coach Joachim may have to manage without Muller & Serge. Official Germany Playing XI for UEFA Euro group stage has to announce yet. Stay with us for latest squad updates.

You can also see Portugal Line up for UEFA Euro Group stage. Germany may choose Jamal Musiala who is playing for Bayern’s. Joachim also met young player last week. Jamal may debut to his International career either from England or Germany. This youngster is 17 years old. All Eyes are on Joachim low who is long serving International coach.