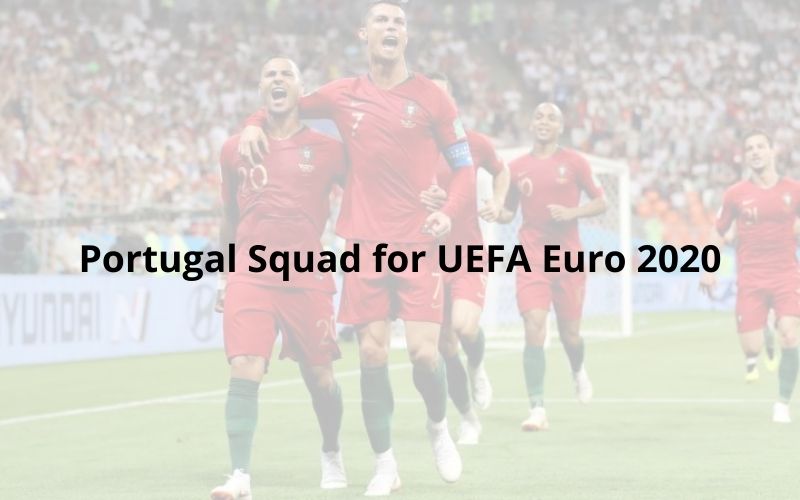 Fernando Santos is manager for Portugal Squad. Portugal Line up played pretty well in qualifying round that make them stand 2nd in their group. It got 17 points and won 5 games out of 8 with 2 draws.

Portugal is in Group F. Team will face France, Germany & Hungary in European Championship group stage. It is most toughest group, Portugal has to hit the nail hard to reach to Semi-Final. All Eyes will be on Ronaldo who also is the Captain of Portugal Playing XI.

Ronaldo recently breaks the record with 500 Millions Social Media Followers. He is the first person on earth to achieve this milestone. Get ready fans to support your Captain in UEFA Euro Group matches.

Although official line up has not declared for UEFA European championship. Below is complete listing of Portugal Squad. Coach Fernando will announce playing XI 10days before the next round. Stay with us to get the latest updates on Official squad.