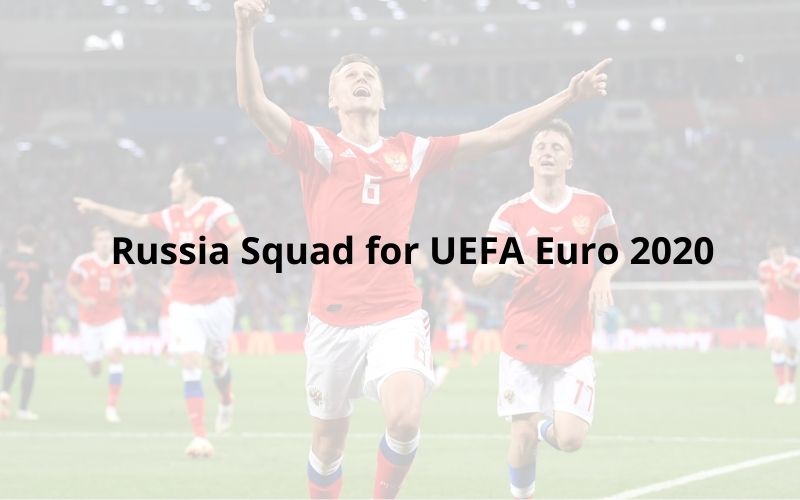 Coach Stanislav Cherchesov will announce the Russia Squad for UEFA Euro 2020 by Mid May, 2021. Russia finished UEFA Euro Qualifying round on second top with 24 points. Russia only lost 1 match in qualifying round from Belgium. Team Russia played was in Group I and played with Belgium, Scotland, Cyprus, Kazakhstan & San Marino. As per rule only two teams from each group qualified for UEFA Euro.

In Group Stage Russia will Face Finland, Denmark & Belgium in Group B. Russia already lost to Belgium after tough competition. Cherchesov may comes up with big change in side this time.

There is no final Russia football squad for UEFA Euro 2020 has announced yet. Below is complete Listing of Russia Team. Coach will finalize final team from given names. Stay tune with footballeurostream to get the latest updates.

Despite COVID-19, EURO host committee is sure that Russia is most favorable Venue for the matches.