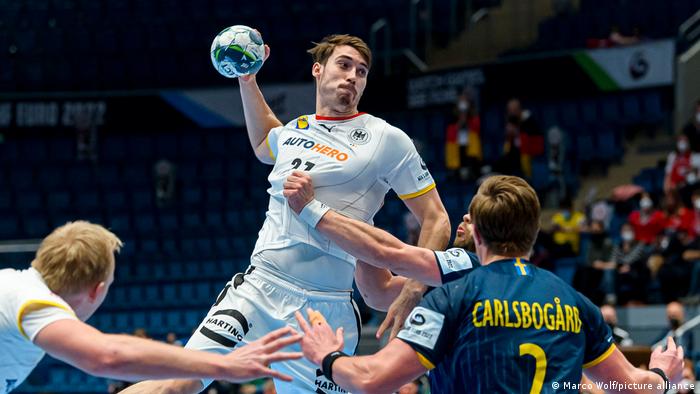 What effects does COVID have on the performance of professional athletes? There are more and more athletes who, after recovering from the disease, return to competition. For some, it is too soon.

“I can’t breathe anymore”, the player Hendrik Wagner told him after three offensive moves, he told the German national handball coach, Alfred Gislason, on the sports program of the German channel ARD, after the defeat in the European Championship against Sweden . So the young player was forced to leave the championship. He had just recovered from COVID.

Wagner tested positive with PCR a day after his arrival in Slovakia, on January 16, and returned to the field after six days of isolation, two negative PCR tests and a thorough medical examination. During the warm-up period for the match, he had stated that he was “in top form.”

“When you make efforts, you realize that you are not well”

“We often see that, with coronaviruses, this is exactly the phenomenon that takes place: after contagion, people feel reasonably well, but when they start to exert themselves, you notice that they quickly become short of breath and then the exertion is quickly interrupted. Sports doctor Wilhelm Bloch of the German Sports University in Cologne told DW. Following coronavirus infection, physiological adaptation to exertion is regularly impaired, Bloch said.

“Starting to play in a competition, from zero to one hundred, is obviously difficult,” said the expert. So he recommends a slow return to exercise and a few days of intense training. Handball is a sport that requires a lot of physical stress from the players. “During the rest phase, you have the impression that everything is fine. But, when you start to make efforts, you realize that you are not well”, assured the sports doctor.

The soccer players of the Berliner AK team, of the German regional league. Two soccer players had respiratory problems after a game, after being infected with COVID

What happened to Wagner is not an isolated case in German sport. Many high-level athletes complained of problems, having recovered from COVID. Joshua Kimmich of FC Bayern , for example, was initially unable to train or play due to pulmonary infiltration. Footballers Ugur Ogulcan Tezel and Kwabe Schulz of regional league club Berliner AK collapsed after the match against Carl Zeiss Jena in late 2021 with cardiovascular problems. A doctor had to supply them with oxygen. They had also recently suffered from COVID.

Can a coronavirus infection, even if the course is mild, later be a danger to high-level athletes? “Yes,” acknowledged sports doctor Bloch. “Especially if you start over too soon,” he settled.

In addition, the two affected players were not vaccinated: “There is a reason why we say that, from a sports medicine point of view, care should be taken with the ‘return to sport’ or ‘return to competition’, because the athlete can’t assess (the risks) 100 percent for himself. The biggest danger we see is a heart condition.” The risk in vaccinated athletes is significantly lower, Bloch stressed. But there is always some risk.

Two negative PCR to participate in the JJ. OO. from Beijing

Now the Beijing Olympics are drawing near , and for most athletes it is the highlight of their sports career. However, the fear of getting infected before, during or even after arriving in China is always present.

In Beijing, the athletes will be controlled daily by a PCR test. Anyone who tests positive will be immediately isolated. However, an infected athlete, if he is immunized and has no symptoms, could have two negative PCR tests in 24 hours. In the best case after a few days, he could participate in the competitions. Does this pose a risk to your own health?