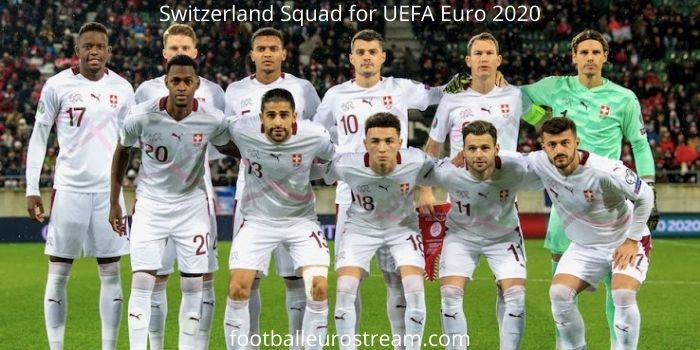 For UEFA Euro, till date the final squad has not been confirmed but we have list out the all expected names which may be the part of the team.

Here down under are the details of the UEFA Euro Switzerland Squad. Check final updated Squads here

Switzerland faced various ups and downs in their football rankings. They were at their best ranking in 1993 where they stood at 3rd position in FIFA ranking. While in 1998, they had the worst ranking of 83rd as FIFA announced. Current as of DEC 2020 their ranking is 16th. The team has an utter focus to achieve the top ranking in FIFA list. The squad for the UEFA euro is so strong and they are the strong contenders for the tournament.

However the final list of the official squad will be announce in the May meeting of the team. Stay tuned for the update.