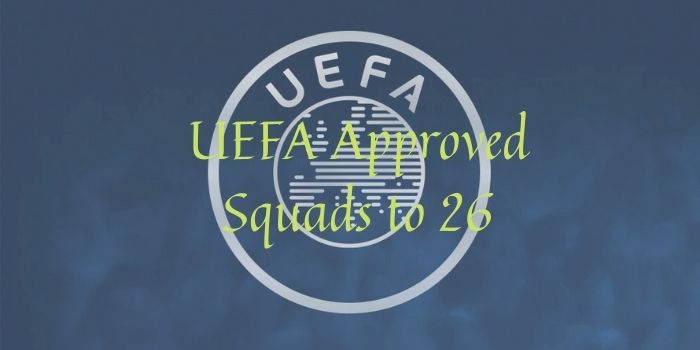 To reduce the risk of teams running out of players due to potential positive COVID-19 tests and subsequent quarantine steps, all participating teams’ squad sizes have been increased significantly.

However, 23 players, including three goalkeepers, will be the maximum number allowed for each individual match (in compliance with Law 3 of the IFAB Laws of the Game, which allows for a maximum of 12 substitutes to be selected for A-national team matches).

How to Watch UEFA Euro Without Cable

Once player lists have been submitted on 1 June, current regulations allow unlimited replacements in the event of serious injury or illness before the first match, provided that replacements are medically certified.

For the sake of clarity, players who have tested positive for COVID-19 or who have been declared ‘close contacts‘ – and therefore put in isolation – are considered cases of serious illness. They can be replaced before the first match with UEFA approval.

Goalkeepers can be replaced during the tournament in the event of physical incapacity, even if one or two goalkeepers in the squad are still available.

A player who has been replaced cannot be re-added to the squad.