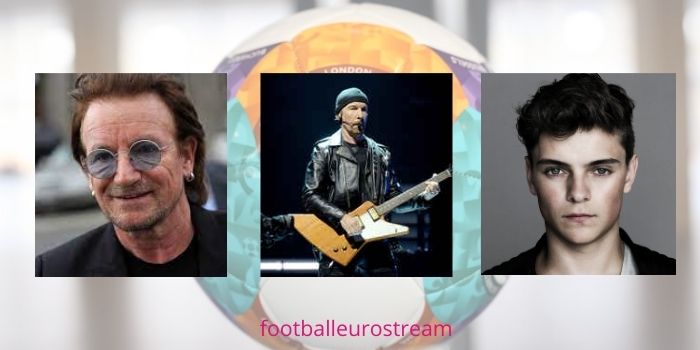 Yes, UEFA Euro 2020 Official Song is out now. Bono and The Edge have teamed up with Martin Garrix, a world-renowned DJ and rapper, to release the official song for UEFA EURO 2020.

Bono and The Edge have teamed up with Martin Garrix, a world-renowned DJ and producer, to release the official song for UEFA EURO 2020, which begins on June 11 in Rome.

With less than a month before the tournament begins, the official song of UEFA EURO 2020, We Are The People, has been officially announced. Bono and The Edge appear on the track, which was produced by legendary Dutch DJ/producer Martin Garrix.

The official song was written to commemorate the festivities and football of UEFA EURO 2020, one of the most important football tournaments in the world.

What does the song Depicts?

We Are The People is a song that examines the world’s struggles while also attempting to find a cohesive solution to these problems.

It’s a hymn sheet that everyone can sing from, regardless of where they live, but it’ll be especially relevant in Europe, where the world’s eyes will be on the UEFA EURO.

We Are The People aspires to represent the optimism, hope, and commitment needed for every team to succeed, as well as a sense of belonging, which is in line with the EURO 2020 theme of unity.

For the first time, the UEFA EURO will be broadcast live throughout Europe, with the theme of unity running throughout.

With less than a month before the tournament begins, the music campaign was unveiled on Wembley Stadium’s giant screens on Thursday evening, with the stadium’s arch lit up in the UEFA EURO 2020 colours.

Who created the broadcast music of UEFA Euro 2020

The official walk-out and broadcast music for the tournament was also created by Garrix, the world-renowned DJ and artist behind hits like Animals, In the Name Of Love, and Scared to Be Lonely. In October 2019, he was announced as the Official Music Artist for UEFA EURO 2020 in Amsterdam, and he is overjoyed that his hard work has finally paid off.

When Bono and his U2 bandmate The Edge decided to appear on the album, Garrix’s vision for We Are The People came to life. The partnership progressed with Bono writing the lyrics and melodies and The Edge contributing the lead guitar riffs, resulting in a seamless combination of each artist’s signature sounds.

“Working on the music for one of the world’s biggest sporting events with Bono and The Edge has been an amazing experience,” Garrix said. “I’m very proud of what we accomplished together, and I can’t wait to share it with the rest of the world!”

Listen “We are the People” Now

The song’s release is part of UEFA’s strategy to get football fans excited about the tournament ahead of time. Players competing in the summer tournament will contribute to the official UEFA EURO 2020 playlist, which will be compiled by Garrix and made available on all major music streaming platforms, as well as each participating national team’s own UEFA EURO 2020 playlist.

The #EUROHyped social media challenge invites fans to share how they’re getting ready for UEFA EURO 2020 on social media.

“We are delighted to officially unveil the official song for UEFA EURO 2020, We Are The People, which features some of the world’s most celebrated artists in Martin Garrix, Bono, and The Edge,”

“Both football and music have the ability to unite people. They are both vehicles for enthusiasm and emotion, and combining them would expand the tournament’s fan base while also reaching out to new audiences. We’re sure that with the star-studded lineup we’ve assembled for the tournament’s official songs, we’ll be able to do just that.”