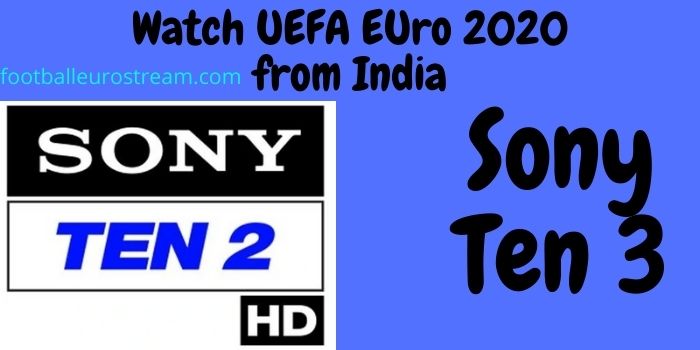 Yes! You can Watch UEFA EURO 2020 from India in Hindi commentary. As the 30-day countdown to the biggest football tournament in 2021 accelerates, Sony Pictures Sports Network unveils the UEFA EURO 2020 schedule. The tournament will begin on Sony TEN 2 and Sony TEN 3 (in Hindi) channels in India on June 11, 2021.

Read: How to Watch UEFA Euro 2020 from all over the World

The UEFA European Championship is similar to the FIFA World Cup, but it is only for European teams, and it is usually thought to be more difficult to win than the World Cup due to the higher level of competition. Between June 11 and July 11, there will be 51 games in 11 host cities around Europe for fans to enjoy and soak up the atmosphere. Before the top performers in the group stage advance to the knockout phase – where things get much more interesting – all 24 teams at the final tournament are guaranteed to play at least three games. Any game after that is sudden death: win and teams advance to the next round; lose and they are eliminated.